Community lessons of love and overwhelm with Plum Village, Southwark Day Centre for Asylum Seekers and Extinction Rebellion. Songs at the Arms Fair. My Danny Nedelko cover  from BBC6 Fresh on the Net evening with thanks to Naomi Cello and thoughts about a sharing space on immigration, and to close 4 song EP for Canadian Music channel MrFoxx’s Frequency

We just had the warmest Summer in London ever recorded and I come to Autumn with mixed feelings about the changes. The cooler evenings and mornings remind me of balance; sun and now shade, heat and rain – a trust in the balance of the seasons, at the same time I know people are suffering with the changes where they are more extreme. The International Organisation of Migration predict 200 million Climate Refugees by 2050, something that ceases to lessen in impact each time I read it or quote it; I have a heavy sadness in my heart that feels important to acknowledge.

Climate refugees aren’t yet recognised though as current trends show, with temperatures  rising and natural disasters increasing, I pray/wish/actively hope that they will be.

And as they do may more places be created like The Southwark Day Centre for Asylum seekers (SDCAS) ; I started giving 2 hour on a Tuesday morning to the SDCAS garden project, an allotment associated with the Centre- we meet there, do dome gardening, drink tea, I have been known to take my guitar and sing a few songs (!) then we return to the centre in a nearby church to have lunch together some 50 or 60 Asylum seekers. No one is tuned away, everyone is fed, offered legal advice, English classes, art therapy, story therapy, free clothes and company – I felt like writing about this because of the sense of peace there, the love and sharing amid the post-trauma of their journeys, there are smiles. I can take anyone to the garden who lives I London, there are also other centres around the city/world offering the same I’m sure, I’d love to hear about others. 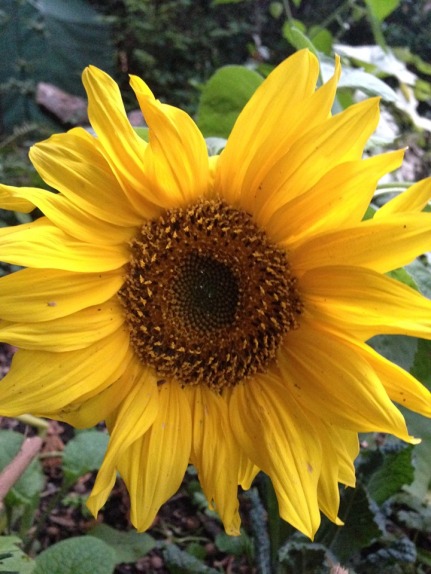 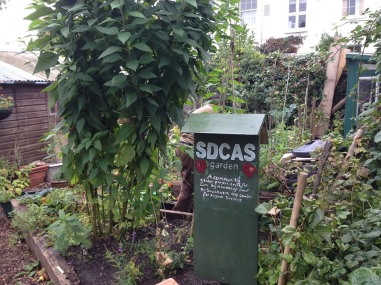 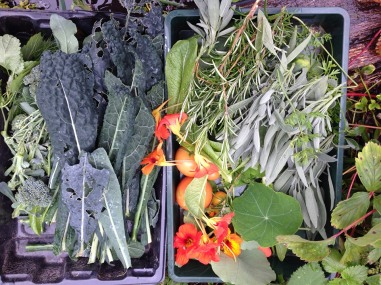 This Summer also saw the 2019 Wake Up Earth retreat, in Plum Village (first picture) where I volunteered and played, many friends who read will know about the village anyway, for those that don’t, Plum Village is the monastic and lay community of the Buddhist Monk and peace author Thich Nhat Hanh, set up in the 80s as a mindfulness practice centre, where visitors become part of life there, learn the teachings of peaceful and engaged living.

I was drawn to Thich Nhat Hanh’s teachings by his stories of being a young monk during the Vietnam war, creating projects of restoration, helping to rebuild villages damaged by the war and how a part of doing that was to maintain guided meditation practice and silence as a way of keeping peace in himself and his friends/volunteers, work that was later marked with a friendship and Nobel peace prize nomination by Martin Luther King.

Feels like its time for a song 🙂  – this is an acoustic version of a song inspired by a mediation Thich Nhat Hanh gave to his volunteers about finding a island within yourself, a peaceful place. I’m recording this at the moment with friends Manu (Piano/vocal) Max (Flute) Tom (Horns) and Sergio (bass) I may have that to share in the next post

and a talk and QandA given during the retreat explaining more about the teachings.

At the time of writing, I’m anticipating some actions with the next Extinction Rebellion October events.

As a community, a network, XR manage I feel to hold the enormity of what could be true about climate change and the importance anyway of creativity and love.

Some find fault with their disruptive tactics, overselling the drama of Climate Change and being a largely white movement, insensitive to implicit racism, outlined in this Guardian Article.

I found myself talking with a friend recently giving my feelings saying , that while I just don’t know enough about the truth of the climate issue to comment (I’m not a scientist or a researcher) I feel from the association I’ve had that XR is training people how to be in community, how to live on less and how to develop ways of being together to listen and give each other the support when they need it, something I am fully in solidarity with.

Friends of colour, in and out of XR hold similar concerns about the whiteness of the movement and this is something I wish to learn more about from their experiences.

After some contemplating these last few weeks I decided too become arrestable this time so watch this space. There are many who can’t protest and being a white European man in a system where people of colour are disproportionately (negatively) affected by police violence and in a world where violence to women is also sadly so present  if I feel compelled – I’m not sure how I’ll put this into words yet but anyone interested in a conversation I’d welcome that.

For anyone new  XR (Extinction Rebellion) heres an about link

and an introductory article in the New York Times

On the other side of London, earlier this month the Arms Fair again came again.

This film explains it and includes an interview with Andrew Smith from Campaign Against The Arms Trade and below, an old spiritual Down By The Riverside at the police lines outside the fair.

There is much to read on militarisation –

but I felt like posting this article from the Quakers that resonates in my heart.

quoting from the piece:

War represents our failure to resolve our differences by peaceful and amicable means; any ethos which supports it has no place in our society.

My sincere love to friend Naomi Kate here who was in London last month on the evening of my BB6 Community evening at the Jackson Lane Arts Centre. Here’s the song we closed with IDLES Danny Nedelko and write up on the event.

Danny Nedelko is a song about immigration, how so many among the population of the UK are ‘beautiful immigrants’ I’m interested in some way about writing on this more in my sharing pages, if you have thoughts please let me know.

Thanks all there for a beautiful evening.

So glad to welcome Foxx Frequency back from a break.

Back in late July just after my last post FF put out this ep of 4 of my songs (including studio recording of Danny Nedelko with Sophie Lowendalh on violin) ,

love to hear how you are always

Alongside the recordings in my journal pages I have recently released an ep of songs ahead of an album. You can visit here to stream and download.

Please don’t let money be a concern. Feel free to pass through the donation screen with my blessing if you would like to download any songs and have no means to donate.

Any donations will go to my recording and traveling fund – thank you.